In its sixth year of drought, with Big Bear Lake down 17.5 feet from full and a bark beetle infestation destroying our trees; one year after the entire mountain was evacuated due to wildfires, Big Bear locals took action.

Eighteen residents of the San Bernardino Mountains were among 300 participants at “The Gathering”, a conference of indigenous healers from 30 countries, held near Big Bear from September 9th through 12th, 2004.  During this conference, mountain residents solicited the assistance of Bennie E. LeBeau, Sr., an elder with the Eastern Shoshone tribe in Wyoming.  Mr. LeBeau was one of the presenters at the conference.  He explained that just as our human bodies have acupuncture meridians and energy centers, the earth has an energy grid system, with sacred sites and ley lines.  When energy flow is cut off to a part of the body, an organ for example, can start to malfunction.

When ley lines are severed on the earth by bulldozing, mining, drilling and bombing, the weather patterns are disrupted because the connections between the mountains, waterways, and clouds have been broken.  Mr. LeBeau is not claiming that all these activities need to stop, but that the ley lines need to be repaired.

Repairing the grid is done through ceremony where the earth is vibrated in a positive way through drumming, singing and dancing, as well as pure intention and prayer.  A medicine wheel was created in a 120-mile radius of Big Bear Lake, where ceremony was performed on eight “spoke” sites along this circle, as well as in Big Bear, which was the “hub” of the wheel, on November 15, 2004.

The Big Bear Medicine Wheel Ceremony was modeled on the “19 + 1 Grand Tetons Medicine Wheel Ceremony” in which Mr. LeBeau coordinated simultaneous ceremonies at 19 spoke sites plus the hub, in a 600-mile radius of Yellowstone on May 8, 2004.  A caldera under Yellowstone Lake was threatening to erupt.  That medicine wheel resulted in alleviation of the excessive volcanic activity and rains returning to the drought-ridden areas within the circle.

Mr. LeBeau flew to California from Wyoming on October 22.  His sister, Jola LeBeau joined him shortly thereafter, and was an integral part of all of this work.  It is noteworthy that the participants were from diverse cultures and traditions, and were primarily female.   There were no “right” or “wrong” ceremonies.  Most important was the reverence for the earth and all life, and our intentions that the earth be restored to a healthy balance.

This has been an absolute grass roots effort. All monies were donated by individuals to cover expenses.  Neither Bennie nor Jola LeBeau received payment for their loving services.  Hundreds of people have been involved from all over Southern California and even from out of state.  An Abenaki (Algonquin) shaman flew in from New Jersey, and a spiritual healer flew in from Houston to participate at the Big Bear hub.

In their desire to bring more water to out forest and lake, our local government and water agencies were prepared to spend nearly one-half a million dollars over a three-year period to seed the clouds.  The Big Bear Medicine Wheel accomplished more than cloud seeding could have at best, and without great expense, or the introduction of toxic materials into the environment.

Here is a general chronology and map of the Big Bear Medicine Wheel:

September 9, 2004.  Healers at The Gathering located an ancient medicine wheel in the forest.  Observing that the line between Big Bear and Mt. Baldy had been broken, they performed ceremony to reconnect the energy between these sites.  It poured all day although no precipitation had been forecast.

October 24-25.  Ceremonies were performed at Mt. Baldy and Claremont.

October 27—November 14.  Many preliminary ceremonies were performed on the spokes of the Medicine Wheel in preparation for the final Big Bear Medicine Wheel Ceremony on November 15.

November 15.  Sacred ceremonies were held simultaneously at 8 sites on the spokes of a Medicine Wheel on a 120-mile radius of Big Bear Lake, plus at the hub (Big Bear) from sunrise through late afternoon.  Ceremonies include offerings of that which the earth gives us—food, flowers, crystals, minerals, etc., loving intentions and prayers for the earth and all life upon her, and gentle vibrations of drumming, singing and dancing.

November 20. A celebration honoring the participants was held at Big Bear Lake.  Danza Azteca Xochipilli, Rainbow’s End Song and Drum Circle, and spiritual leaders from the Mayan and Otomi nations contributed their blessings and sacred ceremonies to the event.  It started snowing that evening leaving almost 3 feet of snow two days later.   A “dusting” of snow had been predicted!

As of April 11, 2005, the water level in Big Bear Lake has risen over 13 feet since the beginning of the Big Bear Medicine Wheel project.

Big Bear residents and Mr. LeBeau intend to continue the Medicine Wheel with further work on the sacred sites, as well as the wells, aquifers and springs. 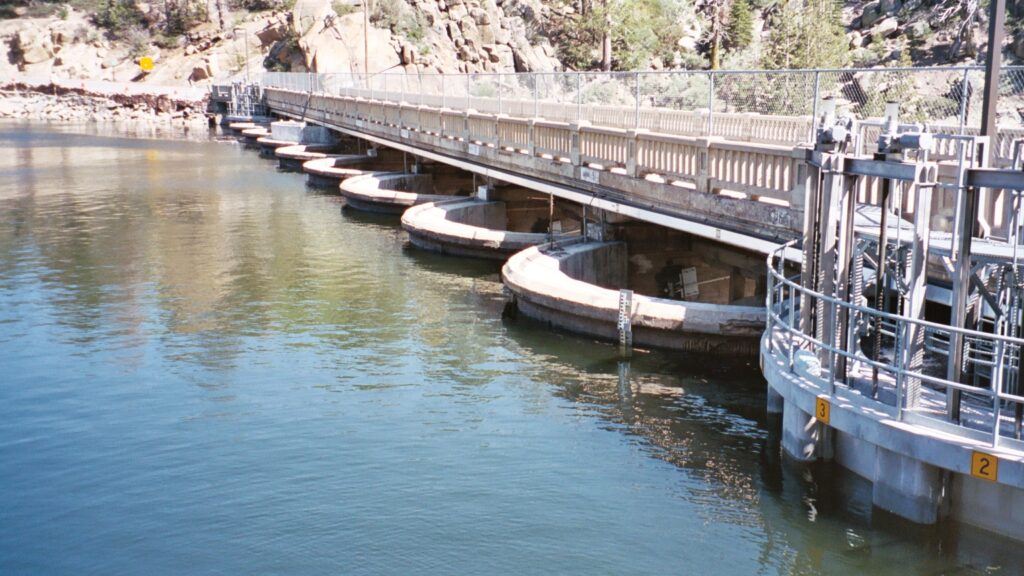